WE HAVE AN EXTREME PASSION FOR FOOTBALL!!
East Preps Started in 2006 by Michael Quartey Esq as he worked as a video Consultant with CBS Sports Network and Max Preps. East Preps became a corporation (East PrepsLLC) in 2008 and added a full staff, a sports management division and multiple programs. It has “actual” players from its East Preps network go Pro and is just as proud of its players that compete and move on to successfull careers. We are an authentic brand who is honest, has integrity, and was taught never to cut corners!! We don’t claim to have an unsubstantiated players go pro or scouts that do not exist but no actual pictures or video is available? We “HELP” actual players get to where they need to be and many times its just competing amongst the best and as Leonard Stevenson of Wesley College said “Playing the Game We Love!”

East Preps in 2010 partnered with the AFL and the Tulsa Talons to host a private workout with East Preps Players only which saw 2 signed to Talons and 2 other to indoor contracts.

East Preps boasts a 20% Pro placement rate from its East Preps Pro Combines, D2-D3 Pro Day & National Scouting Combine, and the National Bowl. We estimate that that upwards to 40% of players that actually pursue a Pro career are placed and many players play from the NFL to Europe!

East Preps LLC Creates the First ever and Only Pro day and Combine for Division 2 and Divison 3 players. D2-D3 Pro Day & National Scouting Combine has seen 6 Players go to NFL camps in only 2 years. 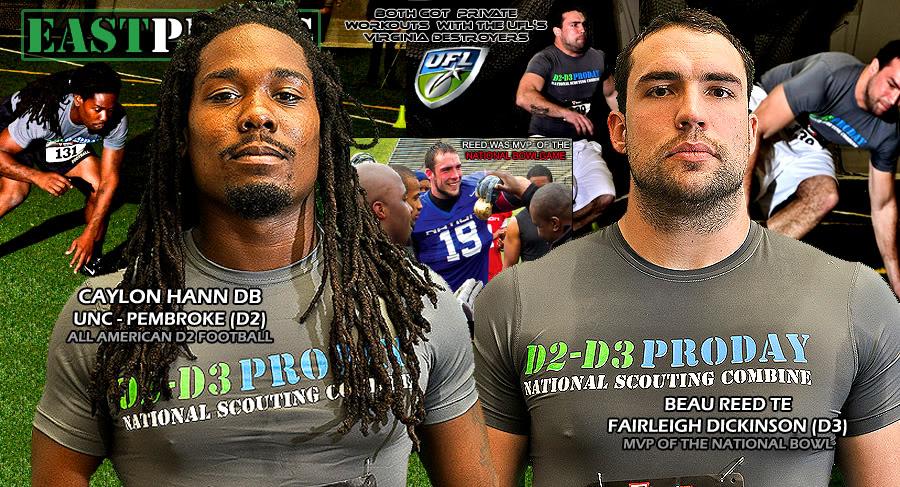